It's still too early, too raw. I lost a fragmet of my heart on Monday. To others it's "just" a dog. But to me it's a friend, a shadow. Even now, I still can't process the immensity of the loss, the gaping absence. He's not at the gate when I arrive home. He's not at the gate when I leave for work in the mornings. He doesn't collapse on the Oriental carpet in my bedroom and sigh like the world's ending. He doesn't flip onto his back so I can scratch his belly. 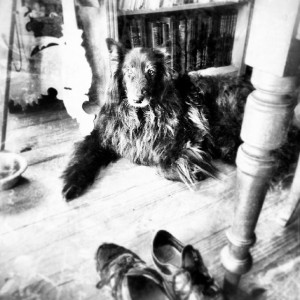 I miss his warm brown eyes when he sticks his cold, wet nose in my hands while I'm reading on the couch. Or the way he'd sit and happily take his medicine twice a day. Or if I said the magic word "biscuit" how he'd just about fall over to sit at my feet. Or bark hysterically if he even gained an inkling that we were about to go for a walk.

There were those thin, threadbare howls whenever the moon was full, like he was the smallest, loneliest little wolf in Africa. He was not the best-behaved dog. He was not the dog that replaced Sandra, my previous Belgian Shepherd. Nietzsche had absolutely no recall. If he escaped the yard or slipped the leash, he would lead us a merry chase for the better part of an hour before we'd be able to catch him.

He was not good with other dogs either.

But that was okay. He was my watcher by the gate, whose brown eyes were filled with such depth of emotion. He was my friend, my companion, and I will miss him as much as I still miss Lola and Sandra. Our lives are measured by dogs, I've heard it said, and it's true. Nietzsche was there for a part of my life where there was good and bad, and he never judged me. I wasn't always the best of owners, but I did the best I could, under circumstances. And he was always there.

And now my friend is gone. It seems trite to say that no one can ever take away the love that we shared, but that doesn't help me right now, where I suffer an unimaginable pain at his absence.

I know in time this pain will dull, and I'll be left with bittersweet memories. But right now I *hurt*. I hurt so much I don't have the words. It's never *just* a dog. He was a piece of my soul that has splintered off and diminished, separated from me by the unavoidable veil of death. In time, I know, I will open my heart and home to another dog, and my soul will grow to encompass a new life. 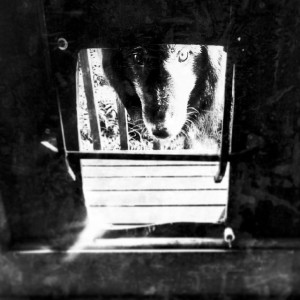 But that time is not now.

Farewell my friend, you are, as they say, returned to the spirit. I will not resort to hackneyed terms that state how you've crossed over that rainbow bridge and that you're in a happier place. The Devil knows your last day was filled with unimaginable pain, and that you were frightened when I left you behind in that hospital. And when you died, you were alone. And I wasn't there.

I hate myself for that.

And I miss you so, very much. For all those times I took your unconditional loyalty and devotion for granted.

We nearly had ten good years, my boy. So much love for you it hurts.